It’s been quite a while since I posted anything here. There are several reasons for that, but the main one is because 2019 has been a year of photography, and I post about that over at chrisroutledge.pictures. Since deciding to concentrate more of my time on visual art late in 2018, around the time of Carousel, I’ve had several projects on the go. 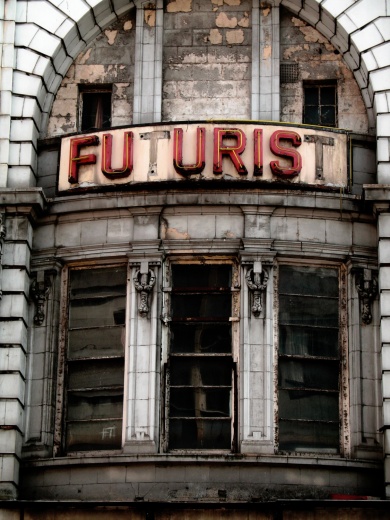 Firstly, I have work at the Liverpool Art Fair, which is being held this year at Liverpool’s Metquarter shopping mall, a space with remarkably good light for looking at pictures. The five pieces I have on show are all Liverpool based, and four of them come from my ongoing “Reflections on Liverpool” series. The fifth is the popular “Futurist” print shown here. I was interviewed recently for a short Q&A on the perennial subject of ‘photography as art’ over at the Liverpool Art Fair website.

There is a huge variety of interesting work on show at the art fair, all of which is for sale, and I highly recommend having a wander over to the Metquarter if you have some time to spare in Liverpool this summer (the show closes on September 1st). 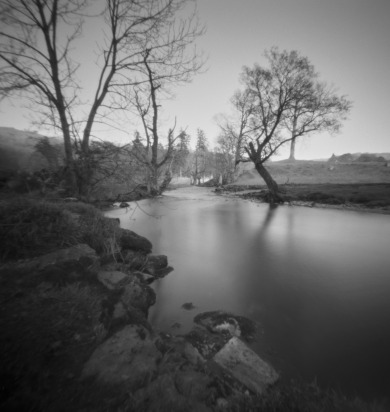 My main project for the autumn is “Indeterminate Land,” a solo exhibition and book exploring our relationship with the landscape of the Lake District through the aftermath of ‘Storm Desmond’, a violent and destructive storm that struck Northern England and Southern Scotland in December 2015. I began photographing a short section of the river Rothay, near the village of Rydal during the storm, and in the months that followed, and the exhibition will include around 30 pieces of work looking at changes made to the landscape by the storm, and severe flooding. Working with various approaches to image making, including pinhole photography, I have also tried to explore the feelings of shock, and to some extent trauma, that followed from the storm, and to think about how the much mythologised landscape of the Romantic poets and painters manages to defy myth making. More information about Indeterminate Land is here. A signed and numbered limited edition book based on the project is now available to pre-order.