The Kathleen and May is a wooden three-masted schooner built in 1900 and restored to her current immaculate condition in 2000 by owner Steve Clarke. She is currently moored in the Canning Half-Tide Dock in Liverpool where she is used for school visits to the Merseyside Maritime Museum, corporate events, and, next weekend, as the setting for some of the reading for the Moby-Dick marathon, and events in the Moby Dick on the Mersey festival. If you go on board, please leave a donation for her upkeep. 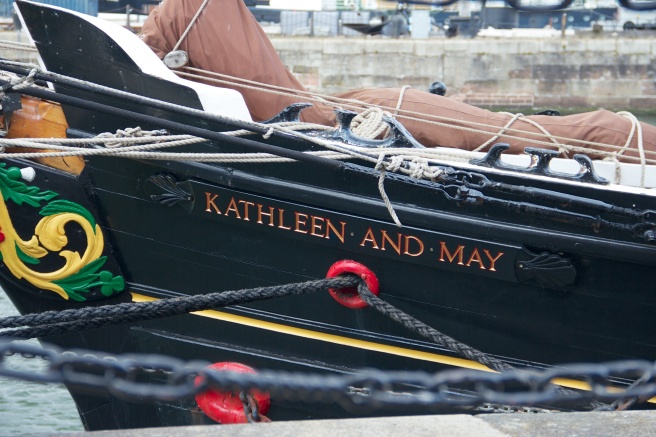 During her working life Kathleen and May was one of many similar ships that sailed around the coasts of Britain carrying cargoes such as coal and grain. It is surprising to learn that sail was still in use on commercial cargo vessels into the 1950s, and that ships like the Kathleen and May were not finally replaced until the 1960s. The parallel with the end of steam on the railways is an obvious one, but somehow commercial sail seems even more distant. Kathleen and May is the last remaining example of her type.

Last week I wandered around the deck taking pictures and was lucky enough to be allowed to climb into the rigging to take some pictures from above. In the next few months I’m hoping to set up some events on board through my job in Continuing Education at the University of Liverpool.

I’ve set up a Flickr group for pictures of the Kathleen and May. Feel free to add to it. 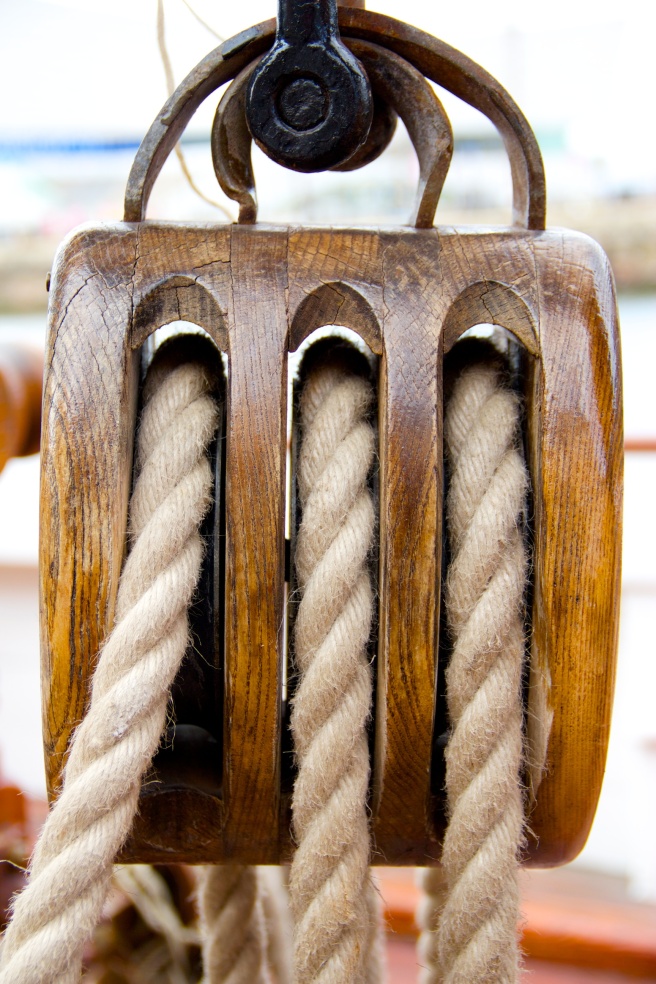