When I was a kid BMX bikes were a new thing. I really wanted one, but instead I had my mother’s Raleigh Shopper, which weighed fourteen tonnes, had three gears, a bell, and a basket. It was punished severely, but turned out to be much tougher than it looked. The only real drawback with it was that it was a folding bike and it sometimes decided to fold of its own accord, usually on impact. Anyway, things are different now. I took these pictures on Southport pier on Sunday afternoon. The rail of the pier as it passes the skate park is usually packed with people watching while kids on bikes do things like this: 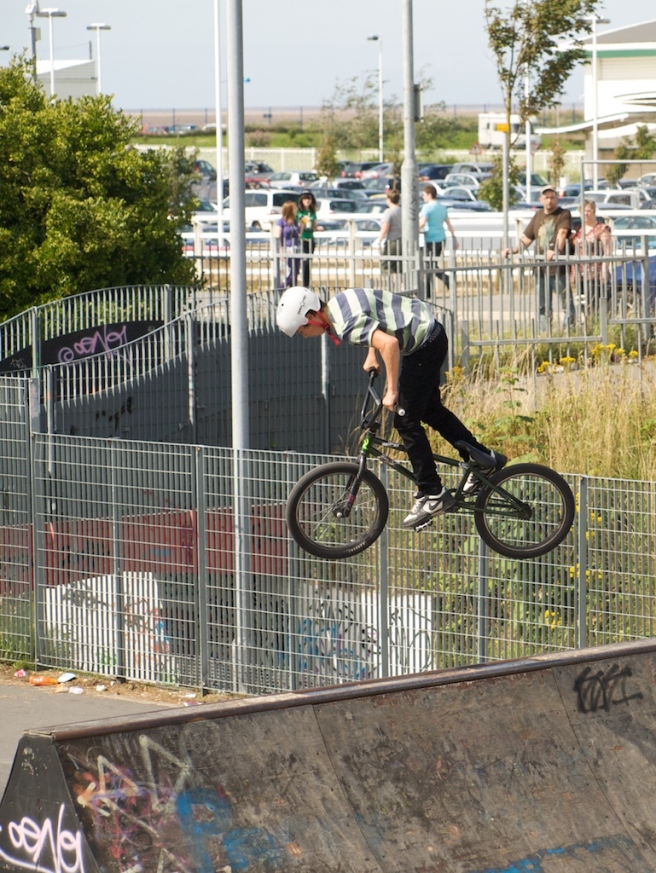 2 thoughts on “Kid on BMX at Southport Skate Park”